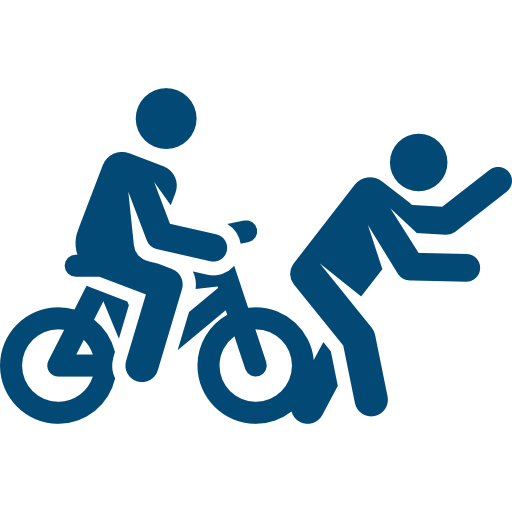 Over the past decade, there have been an average of 50,000 bicycle accidents per year in the U.S. The leading source of these injuries occurs when cyclists are hit by motor vehicles. Every day two people in the United States die in bicycle related automobile accidents, and last year Florida had the most cyclist fatalities in the nation. With the always warm weather, influx of tourists and snow birds, and ever growing population, it is no wonder Florida ranks so high. In Palm Beach County alone, a cyclist is struck by a motor vehicle on average every day. The cause of these accidents includes carelessness, distracted driving, alcohol, and poorly designed roads.

Although there are many factors that can lead to a bicycle accident, the following are the leading causes in Florida:

The rate of bicyclist deaths in Florida due to motor vehicle accidents is the highest in the nation, nearly double the average bike fatality rate of all of the other states. Beyond distracted driving, alcohol, and carelessness, the factors that contribute to Florida’s high cyclist death rate include:

Florida has several laws pertinent to cyclists, including Statute § 316.2065, which is Florida’s “Bike Law.”

1. If you injured, immediately seek medical assistance. Be sure to visit the ER and follow up shortly thereafter with your doctor. Doctors’ reports are a crucial piece of evidence should your case become contentious.

2. Contact the police. Bicycle accidents are one of the most underreported types of accidents, with some research estimating that only 10% of bicycle/motor vehicle accidents are reported by the police. A police report is important because it provides information for your insurance claim, and it can be a significant piece of evidence should the need arise for you to file a lawsuit.

3. Get the names and phone numbers of witnesses. You are the one at the scene, and this may be the only opportunity to collect witness information before it disappears forever.

4. Make your own “unofficial report.” Do not rely on your memory – write down crucial details of the accident while they are fresh in your mind immediately after the incident occurred.

5. Take photographs of the scene, vehicle, your bicycle, and all injuries.

6. Contact an attorney. Get some legal advice from an attorney before you speak with an insurance company. Attorney Shannon J. Sagan will give you a free initial consultation, and getting advice from an experienced attorney may prove to be invaluable before you file a claim. If we take your case, you won’t have to pay us until we get compensation, either by settlement or jury verdict.